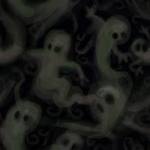 October 31, 2011 – A recent CBS poll states that 48 percent of Americans say they believe in ghosts. So, if there are such things as ghosts, there must be haunted houses. After all, the apparitions have to live/haunt somewhere.

If you’re among the 52 percent who believe ghosts are a bunch of hogwash, you may be interested to know that the United States government at one time kept track of haunted houses. There are more than 25 legendary haunted houses in the country, according to the U.S. Department of Commerce.

In the spirit of Halloween, let’s visit a few:

Close to my home, in New Hope, Pa., there is a striking list of haunts. New Hope claims to be one of the most haunted towns in the country, and with a history dating back about 500 years, that’s not surprising.

The Logan Inn located on the main road through New Hope is said to have four ghosts. Room #6 is the most requested by ghost hunters who spend a night hoping to experience the super natural. Many guests claimed to have seen a man’s reflection in the bathroom mirror, only to have it disappear when they turn around, and others say two ghostly children have greeted them. A Revolutionary War soldier has been spotted walking the halls and in the bar, and in the hall a portrait of a Colonial woman, who was famous for wearing lavender perfume, hangs for all to see. Many have claimed to smell the scent when they pass her by.

A little further south, in Washington DC, the most famous house in America, the White House, has a reputation for being one of the most haunted houses in the country. Among those who believe are former President Harry Truman, Kennedy’s Press Secretary James Haggerty, former First Lady Hillary Clinton, and the late Maureen Reagan, daughter of President Ronald Reagan. All have claimed to come in contact with a past resident of the home from Abraham Lincoln to Dolly Madison, and William Henry Harrison to Abigail Adams.

Across the Potomac River from Washington, Virginia’s list of haunted houses is just as impressive. The small town of Fredericksburg alone has eight famous haunts. One is Kenmore, where Col. Fielding Lewis, who organized Virginia’s Militia, is spotted reading a newspaper. Another Belle Grove, once a wealthy plantation where a young woman who was murdered still roams. In Colonial Williamsburg, a woman named Lady Skipwith haunts Wyth House, and in Alexandria, the ghost of William Ramsay, the city’s first mayor, has been spotted in the upper windows of his old home. Also in Alexandria, the home of Harry Lee, a Revolutionary War hero and the father of Robert E. Lee, the commander of the Confederate forces during the Civil War, is haunted by a little boy. Locals believe the boyhood spirit is Robert.

October 30, 2011 – Halloween weekend is the perfect time to hunker down and watch a scary movie fest.

Here’s a traditional list of the scariest movies of all time. Some fun screams here, folks.

If you like to mix the unique with the traditional, here’s a list from Dave McCoy, the movie critic at MSN. I can’t believe I’ve seen all the movies on this list.

And finally, here’s a list of the scariest movies you probably never even heard of. At least I haven’t.

What’s the scariest movie of all time? Hands down for me, it’s “The Exorcist”. It literally scared the hell out of this Catholic school girl…

And if you’re going to a Halloween party tonight, be sure to do the Monster Mash! This song always makes me smile …

If you worry about the future of our country being in the hands of the youth of America, maybe it’s for naught.

Elmo, one of the youngest Muppets on Sesame Street, shared his thoughts on how to fix the problems in Washington DC on CNN this week. I think it has potential.

Not to be outdone, The Simpsons’ Ned Flanders offered his own advice:

For performance artist Marni Kotak, art is all about giving life.

Kotak, a new mom who’s making headlines for giving birth in a Brooklyn art gallery as part of performance art piece says the birthing process is the purest of art forms and truly women’s greatest power.

“It troubles me when I hear women speak disdainfully about their own bodies,” she wrote in an email. “By giving birth in public I can bring to light something that our society clearly has many issues surrounding.”

Kotak gave birth to a son on Tuesday in front of an audience of about 20 people, but her performance piece “The Birth of Baby X” is scheduled to run at Microscope Gallery in Brooklyn through Nov. 7.

Wonder what she’ll do for an encore?

October 26, 2011 – Looks like Occupy Wall Street has gone Hollywood; or Nashville since a musical reference may be more appropriate.

Sean Lennon and Rufus Wainwright stopped by and performed an impromptu version of Madonna’s “Material Girl” at the Occupy Wall Street rally yesterday.

A little tongue in cheek perhaps?  It looks like Lennon has inherited wit and sarcasm from his famous dad, John. Still, “Power to the People” or “Imagine” may have been a more meaningful for the occasion.

And Lennon and Wainwright were not the only musical superstars to get into the act. Willy Nelson wrote a poem for the protesters.

Let’s face it folks. This is turning into a party…

October 25, 2011 – With the adoption of the Housing Act of 1949, the U.S. formally pledged to provide a suitable living environment for every American family. However, the definition of what is suitable has varied through the years according to economic conditions and political climate.

By the 19th century, industrialization, improved transportation, and immigration led to the rapid expansion of urban areas. Between 1840 and 1850 alone, the urban population of the United States almost doubled. In major cities, much of this growth was populated in tenement flats and other multi-story structures. Many also lived in company towns, which were built and controlled by a private company in order to house workers near industrial sites. Company towns were popular during the Civil War era through the turn of the 20th century.

After the Civil War, government efforts were taken to improve housing conditions, and in 1894, the first federal report on these conditions was issued. However, it was not until 1901 that a law permitting enforcement of housing standards was enacted. By 1930, many state and local governments had adopted city planning, zoning and subdivision regulations to guide the development of new residential areas.

Enter the Great Depression
During the depression years, home building almost at a standstill, and the rate of foreclosures at high levels, something similar to what we were experiencing during the last two years after the housing bubble burst. Back then emergency programs were enacted by the Hoover and Roosevelt administrations to provide jobs in the construction industry. These programs improved housing conditions and extended financial assistance to people losing their homes.

The passage of the National Housing Act in 1934 established the Federal Housing Administration, which revolutionized mortgage-lending practices by developing the level-payment, insured mortgage loan. Unlike the mortgage loans that had been standard until the 1930’s, FHA-insured loans required only a small down payment and repayment could be stretched over 30 years. Since the government insured these mortgage loans against default, lenders were willing to participate in the FHA program.

The government’s role was further expanded under the Housing Act of 1937 that established the U.S. Housing Authority to build subsidized, low-income housing. By 1940, the first national census of housing conditions revealed that almost two-fifths of the nation’s 37 million dwellings needed major repairs. Nearly half of these also lacked some or all-plumbing facilities, and more than 40 percent were classified as rural. Only 44 percent of the nation’s households were owner-occupied, the lowest percent in five decades.

The Post War Era
During World War II, private housing production almost ceased, as national resources were diverted to the war effort. By the end of the war, however, there was a severe housing shortage resulting from the needs of returning military personnel. The mortgage insurance programs of FHA and the guaranteed home loans provided by the Veteran’s Administration helped reduce the shortage, and by 1950, new construction exceeded levels of home building achieved in the 1920’s. By 1965, postwar government involvement in housing had grown so complex that it became necessary to create the U.S. Department of Housing and urban Development.

Onward to the 21st Century
Today, housing problems remain, however historically low rates and low housing prices, something we’ve never experienced together, make it a terrific time to buy if you are a first time buyer and don’t have a home to sell.

Foreclosures are also a continuing problem due to the predatory lending practices by some lenders, and buyers purchasing homes they couldn’t maintain. Still, the market is slowly changing, and most mortgage companies report they are originating plenty of business. In addition, while we still might not be ready to build houses on the moon, we’ll tackle the 21st century’s home ownership obstacles one at a time.

October 24, 2011 – After two years of contract work, freelance assignments, lots of frustration and a bit of creative financing, my state of unemployment/ underemployment has come to an end.

I am fortunate that today I begin a new full-time job in global communications.

Call me crazy, but I’m anxious to get back to the grind, learn about a new company and position, and tackle each challenge as it comes along. I’ve actually missed project deadlines, a heavy workload, meetings, conference calls and socializing with my associates. I’ve even missed the corporate red tape, as I wink and nod lovingly to my former friends/colleagues in legal and compliance who didn’t always let me write it the way I wanted to.

One interesting change that waits is that instead of hopping into my car to drive to the office, I will become a SEPTA commuter and take the train into central Philadelphia each morning. That means time to read, listen to music, meditate or simply enjoy the relaxation of being a passenger.

It has taken me 323 job applications and 32 unique interviews, which does not include second and third interviews brought on by first interviews, but it feels good to be gainfully employed again. I don’t honestly know if I could do it again.

For those of you still looking, hang in there and don’t give up.

1.  I’m an old list maker from way back.
2.  I’ve always enjoyed a good top ten list.
3.  It lists/ranks interesting topics & gives you insight into the minds of fellow humans, which is always eye-opening.

Those of you who read my blog know I feature the occasional Ranker listing, but lately there have been so many interesting topics, I’ve decided to include my top five from the past week. Sit back with a cup of coffee and a donut and go list crazy:

And here’s a little side note from the last Ranker.com list I ran on the funniest TV characters of all time. The folks at Ranker seem a bit peeved that Eric Cartman, of South Park fame is beating Homer Simpson for the top spot of the funniest character ever. How can this be, they wonder? The site is urging people via Facebook to vote Simpson and fix this grave error in judgment.

October 22, 2011 – Thursday was The National Day on Writing and it passed me by without my knowledge. Therefore, I’m celebrating today.

Selecting a day to honor the written word began as a project by the National Council of English Teachers to encourage people to share why they write. If you visit their website you can view video clips of several popular writers commenting on this topic.

The site also asked writers to tweet why they write. Here are a few responses that caught my eye:

While I can relate to most many of these responses, especially #8, my answer is a little more simplistic. I write because it makes me happy.