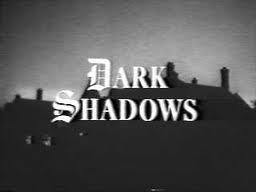 March 28, 2012 – All of you faithful “Dark Shadows” fans beware. The new movie from Tim Burton that stars Johnny Depp as Barnabas Collins, and arrives in Theaters in May, appears to have little in common with original television series that ran from 1966 to 1971, other than some of its characters.

After seeing the trailer over the weekend, I can only deduce that Burton has turned the premise into a campy comedy that pokes fun at the original television show and the early 1970’s, the decade in which the movie takes place.

Yes, I’m a little disappointed. I was looking forward to seeing “Dark Shadows” even more so than any other upcoming release this summer. I loved the show as a kid, rushed home from school to see it, and even quit the 4th grade bowling team because it interfered with watching it.

After seeing several episodes recently, I realize it was campy back then too, even if it wasn’t trying to be. But it still scared the bejesus out of me. I remember thinking that Angelique’s spell on Elizabeth Collins, the one made her appear dead to her family, but you could still hear her frustrated thoughts screaming that she was still alive as they were about to bury her, was the most frightening thing ever. That will stay with me always.

Burton has been quoted recently as saying about the original series that, “technically speaking . . . you could say it was actually awful.” Considering that all those years ago the special effects were much less sophisticated, I suppose I can understand that without believing he was putting it down. If he felt like it was awful in general, I don’t think he would bother to remake it. But as viewers, we didn’t know what was to come in the future, or how special effects would make movies more realistic, and we loved our gothic soap unconditionally. So, it just seemed like a weird comment to make. 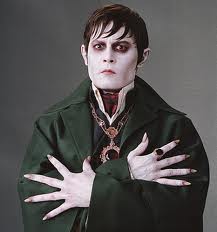 Kathryn Leigh Scott, who played Josette in the original series, recently responded to Burton’s comments on her Facebook page. She wrote, “I can only agree that the technical bloopers were embarrassing at the time, and are painful to watch some 40 years later. However, we produced 1,225 half-hour shows “live” each day, with a single take and very little rehearsal five times a week! Our cutting-edge special effects consisted of a bat dangling on a string attached to a fishing pole.”

Considering what they had to work with, they did a remarkable job making this unique series.

The upside is that Scott and former cast mates Jonathan Frid (Barnabas), Lara Parker, (Angelique) and David Selby (Quentin) all have cameos in the movie.

Will I still see “Dark Shadows” when it is released? Absolutely. It actually looks very funny, and I’ll try to go in with an open mind, not compare it to the original, and take it for what it is. Typically, I do enjoy roles played by Johnny Depp (except for his Willie Wonka rendition, which was downright creepy.) The movie also stars Eva Green, who caught my attention when she played the wonderfully evil Morgan LeFay in the Starz’ series “Camelot”. She’ll play the role of the witch Angelique, who once loved Barnabas, but because he only had eyes for Josette, cast the original spell on him that turned him into a vampire.

That is, if the movie sticks to any part of the original storyline.