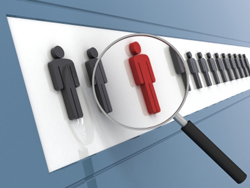 March 26, 2013 –You wowed them at the job interview, handled every question with ease, and received a call back for another interview, yet you still didn’t get the job.

It’s frustrating, but new information available indicates it might not be too late to land that job, after all. According to a recent survey conducted by CareerBuilder, nearly seven in 10 companies have new hires that don’t work out. It also means if you come across an interesting job that’s already been filled, send a resume anyway. It may pay off in the end because that company may be looking to fill that position again in the near future.

A whopping 69 percent of companies reported in the survey they are unhappy with a bad hire in the last year – and for good reason – it costs them up to $50,000 per hire.

What defines a bad hire? Employers reported several reasons including quality of work, failure to work well with other employees, a negative attitude, attendance problems, complaints from customers and failure to meet deadlines. Employers say they account for bad hires because they needed to fill the job quickly, had insufficient intelligence, had fewer recruiters to help review applications, they failed to check the applicant’s references, or they just made a mistake.

CareerBuilder’s survey confirms something we’ve known all along. Hiring a new employee is a difficult decision, and every decision is risky and unpredictable. With most people putting their best foot forward during the interview process, it comes down to intuition for those hiring.

For instance, I’ve heard recruiters and managers say they know within a few minutes if the person they are interviewing is right for the job. That’s gut instinct, and the survey results prove that isn’t always accurate.

It’s also difficult being on the other side of that equation. As a candidate, you wrack your brain trying to figure out what a hiring manager is looking for, and the survey results may indicate that those in charge can be just as clueless. It appears that hiring managers are now discovering what job seekers knew all along. Finding the right person for the right job cannot follow one specific formula.

That sort of levels the playing field, doesn’t it?