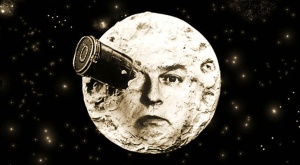 If you’ve been to Disney World more than 10 times you probably think you are. You may also want to seek help for your addiction and admit it’s time to broaden your horizons before you plan your next theme park excursion.

In honor of Labor Day approaching faster than the Rock and Roll Roller Coaster, here are 10 Bizarre Theme Parks from Around the World courtesy of listverse.com, the people who love compiling lists as much as I love reading them. Between the 10 stages of hell, a Japanese prison, the crucifixion and war mongering, there is something for the entire family.

August 19, 2016 – This month marks the 77th anniversary of the movie “The Wizard of Oz.” As a fan of old movies, it is one of my favorites. I can quote from it and sing along with its upbeat tunes as if I were performing it myself.

A true classic appeals to all generations. Here are a few other entertainment vehicles stands the test of time.

Movies:
There is abundant of movies to choose from, but the first two that pop into my mind is “Casablanca” and  “Citizen Kane”, although the latter isn’t one of my favorites. And, of course, “The Wizard of Oz”. Honorable mention goes out to anything by Alfred Hitchcock, and to the wonderful family movies made in the 1960s, such as “The Sound of Music”, “Mary Poppins”, and “Chitty Chitty Bang Bang”, to name a few. My own personal favorite, “So I Married an Ax Murderer”, makes me stop flipping through the channels immediately.

Television Shows:
Classic TV shows are readily available to new generations now that so many cable channels broadcast them. However, classic and stand the test of time do not always go hand in hand. “Seinfeld”, for example, is relatively new, but it can stand against any classic now and probably in years to come. Others include “Bewitched”,  my personal fave from childhood, “MASH”, “Cheers” and “I Love Lucy”. They are examples from the 50s, 60s, 70s, 80s and 90s. I’m not sure any television show beyond that (at least so far) qualifies.

Singers/Bands:
How about Frank Sinatra, or anyone in the Rat Pack to start? They are still wildly popular today. You could also include The Beatles, The Rolling Stones, The Who and Bob Dylan in the mix because all of their music still has a strong audience, even though many of the songs were recorded 50 years ago. I wonder how many people will listen to Kanye West or Justin Bieber in 50 years. I’m willing to go out on a limb and say not many.

Songs:
Funny how Led Zeplin didn’t cross my mind as a band, but their song “Stairway to Heaven” certainly makes the cut for songs that stand the test of time. At least it continuously makes top five of every classic rock list. “Hey Jude”, “Let it Be” or anything by the Beatles is also a qualifier, and it’s the same for any hits by the Stones or The Who. Let’s reach back a little further and consider those romantic ditties from crooners past, such as “The Way You Look Tonight” or “Fly Me to the Moon”? They are still making present generations swoon. Or,  how about the most popular song ever—“Happy Birthday”?

Books:
This is probably the easiest category because schools will always push the classics on students, although they probably won’t really appreciate them until they are adults. So, what books stand out? How about “The Catcher in the Rye”, “Jane Eyre”, “Pride and Prejudice”, “Anna Karenina”, and “The Bell Jar”, to name a few? I would be remiss not to mention Judy Blume because I know that young girls in the future will still likely be captivated with “Are You There God, It’s Me Margaret?”. And something tells me the Harry Potter books will stick around for a long time, too.

I could add more, but this post might end up as long as a Marcel Proust novel, and I’ve been working on knowing my limits.